it has been said that comparison is the thief of joy, perhaps this is most true when you are comparing a lost good thing to a gained bad thing.  for me comparison is proof of joy. Lets look at two lists first is person number one, then person number two

1. has 6 six cameras, offers to sell the least effective one to girlfriend  2.has two camera, gives girlfriend one. 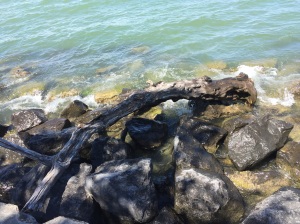 1. informs all the miserable things family says about her  2. says everyone in family loves her

1.  family member admonsihes her when she gets a second dog because she is being irresponsible  (first dog taken care of for 13 years, also had a cat for 18 years, also raised a child as a single parent (and a married single parent) 2. says do whatever you want, its your decision.

I don’t think I need to continue.  I have to give Tom alot of credit.  I carry way too much baggage.  A husband that spent most of our marriage either running away, being away or trying to change my most basic self.  Then a relationship in which I was without question emotionally abused on a daily basis.  And in three previous significant relationships a measure of physical (abuse?)

But even the ex said I was charming and lovely (before I threw a bag of frozen beef liver at him).

I tell him, if things are going sour can you do me the courtesy of at least fighting and arguing with me for a year?  Because then I will want you to leave.  If we are not arguing, and you are telling me you love me everyday, I won’t know we have hit a rough patch.  Not going to happen babe, and I say who knows what will happen in 20 years.  Just promise me you will be an ass for a year.

I give Justin a bag of quarters, for laundry, I tell him.  We chat for half an hour or so, I have helped him with paperwork and college stuff, shopping, etc all summer.  I have offered him certain advice, power through he says after one discussion, yep I say exactly.  I am terrible at small talk he says.  Have a list of questions, listen more than you speak, respond to what they say rather than what you are thinking, after our chat I call up the stairs to him, Hey, that was half an hour of small talk!  you planned it, he calls back.  No I didn’t you and I were have a natural conversation.  So you can do it.  I tell him, with the bag of quarters, whats mine is yours we are family.  Yeah he says, we are.  Being a giant dork, I say aw, i feel like you just said “I love you”.

These men, with their big hearts and their stoic demeanor, going to all lengths to make their home comfortable for me.  Even though sometimes, when I am irritated by clutter, Tom gets exasperated with me.

It never seems like we are doing enough, he says.

If only he understood, as far as I am concerned, he has done everything and more.

All those years of wishing the ex would do this or that, and believing it was what was wrong with me.

And those months of fighting for every scrap of compromise, and losing on almost every account.  Hard battles over small potatoes.

But I take note.  And up my praise.  Yes I planned that part.  But these men, these men are worth it.

And so far no one has been an ass.  Not once.

One thought on “Compare and Contrast”